“At least we’ll get some good music out of this”, they said. That half-thought was hardly any consolation the morning after – not only do we have to deal with him, but the Third Coming of Green Day as well? If any “great art” has come out of the reaction to the Donald Trump administration, I haven’t seen it yet. Yes, people are angry, and yes, people are motivated, but it’s not an inspiring anger. There’s no nuance to it. No cleverness. No finer point to put on it. The problem is not that his policies are harmful, it’s that they are blatantly so – we are now on our third round of “call your elected officials and tell them not to kill you”. The problem is not that he lies, but rather that he lies like a 5-year old with cookie all over his face. It’s not even the fact that his admini 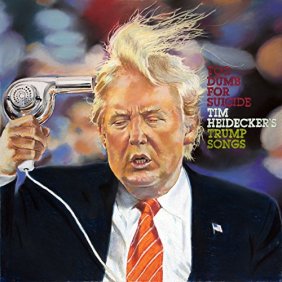 stration may have colluded with a hostile government, but rather how brazen and open they are about it. It’s not like any of this is a secret. His low approval ratings are unprecedented, especially given the circumstances he inherited. His healthcare bill and his tax bill are the two most unpopular pieces of legislation in modern history. If he was the villain in a Disney movie, he would be written off as too unrealistic; no one’s going to buy a character that’s this much pure ego, are they? He is beyond satire; even the great impersonators like Anthony Atamunuik don’t really make me laugh the way the GWB ones did, because the truth is always stranger than fiction. Trump deploying the term “Pocahontas” at an event to honor Native Americans? C’mon, that’s a gag in a C-grade SNL skit if I’ve ever heard one. Defending a pedophile because at least he’s better than some random Democrat? That’s a throwaway panel in a Tom Tomorrow cartoon. And so on.

END_OF_DOCUMENT_TOKEN_TO_BE_REPLACED

Where were you when you realized that Donald Trump would become our next president?  Like 9/11, I suspect everyone is going to remember this moment for the rest of our lives.  I remember it being about 8:30, two beers deep and with a bottle of bourbon ready to go, with a few friends and I ready to celebrate not only the victory of Hillary Clinton but also the end of  the most toxic and exhausting campaign ever run.  Suddenly, panic started to set in – it became apparent that HRC was not winning Florida, and that in fact all the swing states she was supposed to win were in danger.  We watched as Trump edged her out by 1% here and there, and suddenly the map flipped and it became clear that the story had turned: now it was Hillary who was going to have to sweep the remaining states.  When they called my home state of Wisconsin for  Trump, I knew it was over – somehow, every poll and every media organization was wrong – even the RNC’s internal polling was telling them they could not win.  And yet, here we are.

Eventually, my mind turned to Scott Adams, who now finds himself in a rather prestigious group: those who called the Trump victory all along.  Now, given that I wrote not one but two articles about the strange link between Adams and Trump, both of which concluded “this guy is going to have to eat some major crow”, I have to admit now: I was wrong.  Scott Adams of course is taking his victory lap right now, and quite frankly he’s earned it.  At some point I wondered; was he right about this all along?  All the things that I thought were insane – was he just seeing this on a different and more intelligent level than me?  Given how wrong I turned out to be, I figure it’s only right that I examine some of these claims a second time:
END_OF_DOCUMENT_TOKEN_TO_BE_REPLACED 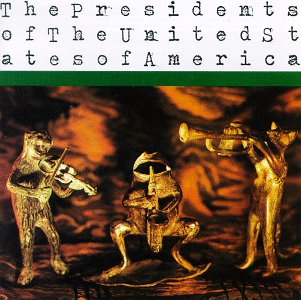 Apologies for not keeping up with the blog; lately I’ve been spending a lot of my spare time following this election, which has left me simultaneously captivated and horrified.  My God, remember in 2012 when “binders full of women” was a month-long story?  Nowadays a gaffe like that wouldn’t even make the news; everything is moving so fast.  It’s enough to almost make you feel bad for Hillary Clinton – can you imagine spending your entire life dreaming of making a presidential run, only to wind up having to go against Donald freakin’ Trump?  Or holding 12-hour practice sessions for a debate, only to get on stage and literally be called the devil within five minutes?  Of course you can’t feel that bad for her; she’s essentially being gifted the presidency despite being a not-very-good candidate.  But we know where the blame lies.

With that in mind, let’s look at some great presidential administrations from the past.  The Presidents of the United States of America, like a lot of 90’s borderline-novelty acts, made it big thanks to being at the right place and the right time, along with some undeniably catchy tunes.   They were exactly what people wanted to see coming out of Seattle in the early 90’s; a band that rocked but wasn’t so damn mopey.  Back then you had this emerging scene of “alt-rock” which was just another word for “goofball music” – music for a (mostly younger) generation that preferred whimsy over weariness.  Y’know, the Mountain-Dew-and-Goldeneye generation.  This included some emerging acts like The Barenaked Ladies, Cake, and Moxy Fruvous, plus vets like They Might be Giants.  Maybe you could throw Weezer and Beck into this category as well.  If you were around 10 years old at this time then no doubt you remember this scene well.
END_OF_DOCUMENT_TOKEN_TO_BE_REPLACED

Political posts like these are almost pointless to write.  The whole world moves so fast and has so many points of view that these sorts of posts just seem destined to be stranded out there in a place in time.  Take this last week of Donald Trump, for instance.  He has done and said so many utterly bonkers things in a period of about three days that it’s practically impossible to track and analyze them all, even among those who are paid to do so.  Instead they’ve been aggregated into a bunch of “is Donald Trump losing his mind?”-type stories.  To which I have to answer no – he’s acting exactly the way he’s been for the past year.  You can call him unpredictable, but there’s absolutely one thing we know: the man cannot take criticism.  A meltdown after the DNC was all too-easy to call.  What I did not see coming is the fact that it would affect his poll numbers, if only because nothing ever seems to.

END_OF_DOCUMENT_TOKEN_TO_BE_REPLACED

When I was a kid, Dilbert was my favorite comic strip.  In retrospect this is kind of weird, as some small-town 6th grader couldn’t possibly know anything about the business world in which the strip takes place. But I developed an obsession with it anyway, constantly renting out the Dilbert books from the local library, then spending my birthday money on the ones they didn’t have.  My wall was filled with my own taped-up drawings of Dilbert panels – anything I found particularly funny or clever, doubling as some sort of practice for what I perceived as a future career.  See, Scott Adams was an idol of mine.  He couldn’t draw (it says something that 11-year old me could replicate those panels fairly well), but he had a great sense of humor, and to me that was all that counted.  It made me laugh and nothing else in the paper did (this was before Get Fuzzy), so that was that.