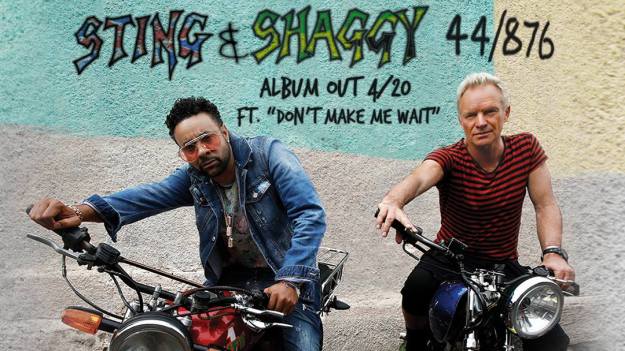 The best thing about this album is that if you listen on Spotify, it’s listed as a Sting album, but every track is annotated as “with Shaggy”. So the song titles become “Don’t Make Me Wait with Shaggy”, “If You Can’t Find Love with Shaggy”, “Just One Lifetime with Shaggy”, and so on. Fitting, because it’s still strange to think of Shaggy as a featured performer. I know the dude’s got like a dozen albums out there, but I still have a hard time thinking of him as anything more than a guest star – the guy you get to spruce up your crappy single cuz your lead can’t carry it by themselves (see also: Busta Rhymes). Even on “It Wasn’t Me” he sounded like a guest on his own song ($2000 Jeopardy question: Who was the other guy? Rickrack or something?). So naturally, one’s thought when it comes to this album is “why is Sting doing this?”, as though just anyone can waltz into New York and record an album with Shaggy.
END_OF_DOCUMENT_TOKEN_TO_BE_REPLACED