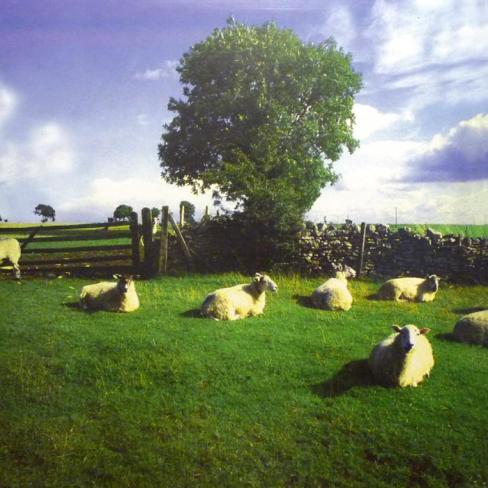 The KLF are one of those bands that are often more fun to talk about than to listen to; they acted in nothing but grand gestures, and if not for the people who were actually there, you’d think their entire history was made up.  Like everything else in their discography, Chill Out is the stuff of legend; recorded with nothing but two DAT machines and a tape recorder, it was supposedly done in one continuous take, with the band starting over from the beginning each time they made a mistake.  It relies heavily on samples from all kinds of disparate sources, including an Elektra sound effects disc, news reports, an evangelist, Tuvan throat singers, and a couple of songs you definitely know.  And it singlehandedly invented a genre that hadn’t really existed before: music for the morning after, when your brain’s still conked out and scattering all over the place, but you still gotta get home.  It can be broadly defined as ambient, though I won’t mince words there – Chill Out is one of the very best ambient albums ever made, the sort that’s made for the wandering mind yet manages to capture your full attention.  Conceived as a journey from Texas to Louisiana (two states The KLF had never been to), it is an entire day’s drive in 44 minutes, scanning the radio dial with the windows wide open.
END_OF_DOCUMENT_TOKEN_TO_BE_REPLACED